I'd like to have this attached to my face please, thank you!

I got my camera last Monday night.
Picture me trying to restrain myself from actually jumping up and down and squealing like a five year old girl who got a REAL LIVE PONY FOR CHRISTMAS. Yes, I'm that kind of crazy person.
Now that I've owned it a week and a half, I'd like to have it permanently affixed to my face/eyeballs so that I can take a photo of every single mundane little thing I see from now-until-forever-and-ever-infinity-times-a-gazillion...*blissful sigh*
After unloading the memory card a few times, I realized that my computer's hard drive is probably not going to be able to handle ALL of the photos and videos coming through that camera cable - its about 3 years old, and the hard drive is filling quickly. (A problem that is simmering in the back of my mind at the moment, but I think I probably have another month or two before I really need to worry about it...)

Funny thing: I haven't even gone through and really looked at all those photos! I just keep snapping away, trying to figure out how the camera works, how to get it to do what I want consistently. I'm especially having a hard time with movement - the animals have given me lots of practice since they're the only other living/mobile things around here to shoot most of the time.

Allen has been a good sport, although I think his patience may run out at some point in the near future - not that I blame him at all. (Having a camera stuck in his face after he's worked from 7am to 6pm is probably not the peace and relaxation he's looking for, so I'm trying to control my o/c tendencies and not follow him around like his own personal paparazzi as soon as he gets home each day...)


I think it freaks Kayla out, unfortunately. I took it with me to her gymnastics class, which was fun, and she seemed fine with it there. I think its not a big deal to her when I'm sitting 20+ feet away, and she's totally focused on bouncing around like a 6 year old kangaroo. When we're at home though, she runs and hides if I get it out and point it in her direction for more than 30 seconds. I asked if she would do a fashion show with me so I can practice (we have literally BOXES of girly dress up craziness,) but she declined. Boo! Ah well, maybe she'll come around...
So far I've taken photos at two of Allen's client homes to add up on his website, and I'm so thrilled to finally have some photos of POST installation quality. Meaning there are no extension cords or caulking guns laying around in the photo for me to try (and fail!) to edit out... 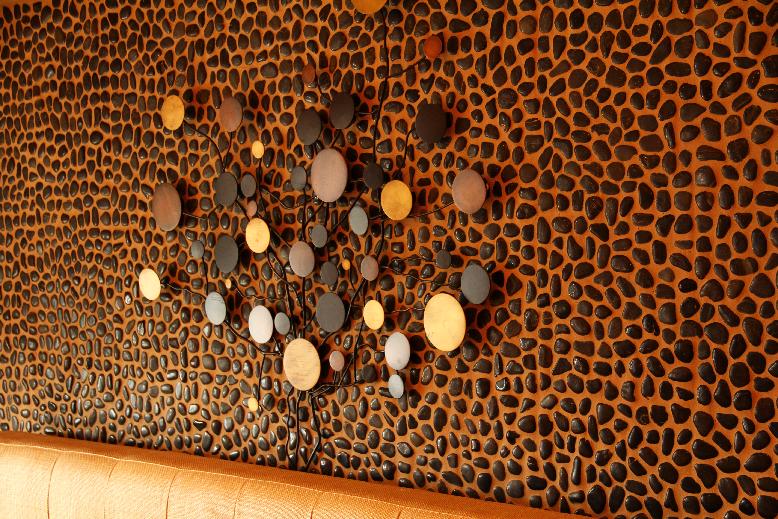 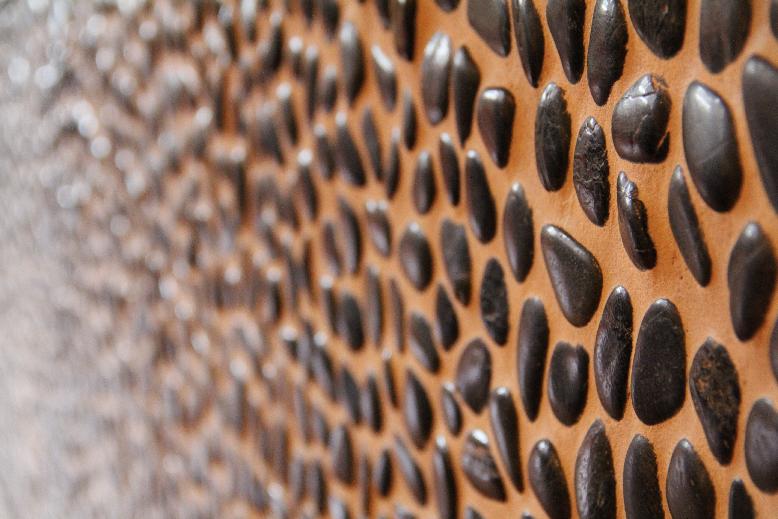 This client wanted an organic and earthy look for the tile on one bedroom wall, and it turned out stunning. I've not seen this tile used in this way before, and was so impressed with the results...

Alright I have to get a sleepy little one up, showered, fed, dressed, teeth brushed, snacks packed and off to school...:)

Steph
Posted by Stephanie Rashel at 7:48 AM